Hiring the right personality type for the job

Here is on hiring system – Hire five – fire four – keep one – a ninety-day strategy a company had when I first started consulting for them.

They were shooting in the dark, the candidates where all qualified from a cognitive abilities standpoint. Meaning they all had the credentials and certifications in the knowledge area that was required.

The reason they were shooting in the dark is they hadn’t found any better way of doing it. They didn’t understand what type of work profile the job really had, all they knew was sometimes they got a good one.

In this particular customers case this was a technical helpdesk agent. This is a job role that troubleshoots and solves problems on desktops all the way up to servers.

This hire five – fire four – keep one strategy was expensive because of the salaries, because of the training time invested in these people, the mental anguish of dealing with them at the ninety-day mark.

The people being hired ended up frustrated because they knew they could do the work, but couldn’t excel in the work environment. They left discouraged. 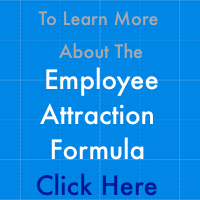 To solve this problem we did a Kolbe RightFit™ – we profiled the job.

We had management complete the assessment that is done from their perspective. We had the people in the role successful and undetermined complete the standard assessment.

We had the top performers and a couple others complete the assessment that is from the perspective of what does the job require from you.

Managements View plus Employees View of what it takes plus employees view of themselves. What we were looking for was a form of consensus around the results.

We had found a profile and the ranges associated with each of the four categorizes measured.

So you may be asking really – does it work – can you do this?

The answer is – Yes it does work, yes you can do this it is legal.

We implemented this strategy over 7 years ago.

1.    There are people still working in the role that where in the role when we developed the Kolbe RightFit™, 7 years later.
2.    The profile is still the same because the job role has not changed.
3.    Every candidate is profiled early on in the process to ensure fit – before too much time has been spent in interviewing.
4.    If they don’t fit – they don’t get hired.

Have they ever hired outside the profile? Yes. Did it work? No.

Anytime I have hired when the profile was say I shouldn’t it has backfired on me because I was not able to change the job to fit the individual – they have all been jobs where the individual needed to fit the job.

As part of the hiring system, everyone in the company has had their Kolbe A Index done – this allows the company to continue to refresh the concepts and tips on how to work as teams, their communication style, and how to work with one another.

Looking back this has been one of the biggest cost savers,  and efficiency improvements ever put in as it has even past the test of scaling during periods of rapid growth.

Until next time, keep Discovering your Natural Abilities!

P.S. I would be happy to discuss this hiring system with you, please let me know what questions you have!

Achieve Your Goals – Why One Year is a good …

Communication Style – Presentation tips for each

Emotional State – which one did you wake up in today?

Goal Setting Why You Should Have Five One Year Goals